While you may have heard “experts” share their opinions about the benefits of raw milk, the facts are that raw milk poses real health risks. That’s why strict standards and government regulations established over the past century in the United States ensure that all milk you buy at the store is safe for you and your family to drink. One important regulation—the national pasteurized milk ordinance—has been in place since 1927 and serves to protect public health and food safety.

Pasteurized milk is dairy milk that is heated and cooled using a simple heating process that makes milk safe to drink before it is packaged and shipped to grocery stores.

What Is Raw Milk?

Raw milk is milk from cows, goats, sheep or other animals that has not been pasteurized. It is not widely available due to safety concerns outlined by many governmental agencies including the USDA, FDA and Centers for Disease Control.

Pasteurization is a simple heating and cooling process, discovered in the nineteenth century, that makes all milk safe to drink.

French chemist and microbiologist Louis Pasteur spent part of his career researching how bacteria could sour beverages. His experiments primarily focused on beer and wine, but he also discovered the same properties in milk. To prevent spoilage, Pasteur invented a process to remove bacteria by heating and cooling milk. He conducted the first experiment in 1862 and its success—now called pasteurization—is an integral part of the milk production process in the United States.

What Temperature Is Milk Pasteurized?

There are a number of different ways to pasteurize milk—and each process depends on the length of time and the temperature milk is heated. Vat pasteurization, the original process, and standard during Pasteur’s time, heats milk for at least 30 minutes to 145° F. This is now largely used to create starter cultures for cheese, yogurt and buttermilk, as well as pasteurize some ice cream mixtures.

The most common process for pasteurized milk in the U.S. is High Temperature Short Time (HTST) pasteurization. It raises the temperature of cold raw milk to 161° F for at least 15 seconds. Then, it’s rapidly chilled back to 39° F, its original temperature.

Another form of pasteurization heats milk to 280° F for just two seconds. This is called Ultra Pasteurization (UT) and creates a shelf-stable container of milk that does not need to be refrigerated.

Ultimately, these different ways to pasteurize milk make all milk safe to drink, because each process works to kill potentially dangerous bacteria such as E.coli, salmonella and listeria. These microbes are responsible for causing numerous foodborne illnesses, according to the FDA. 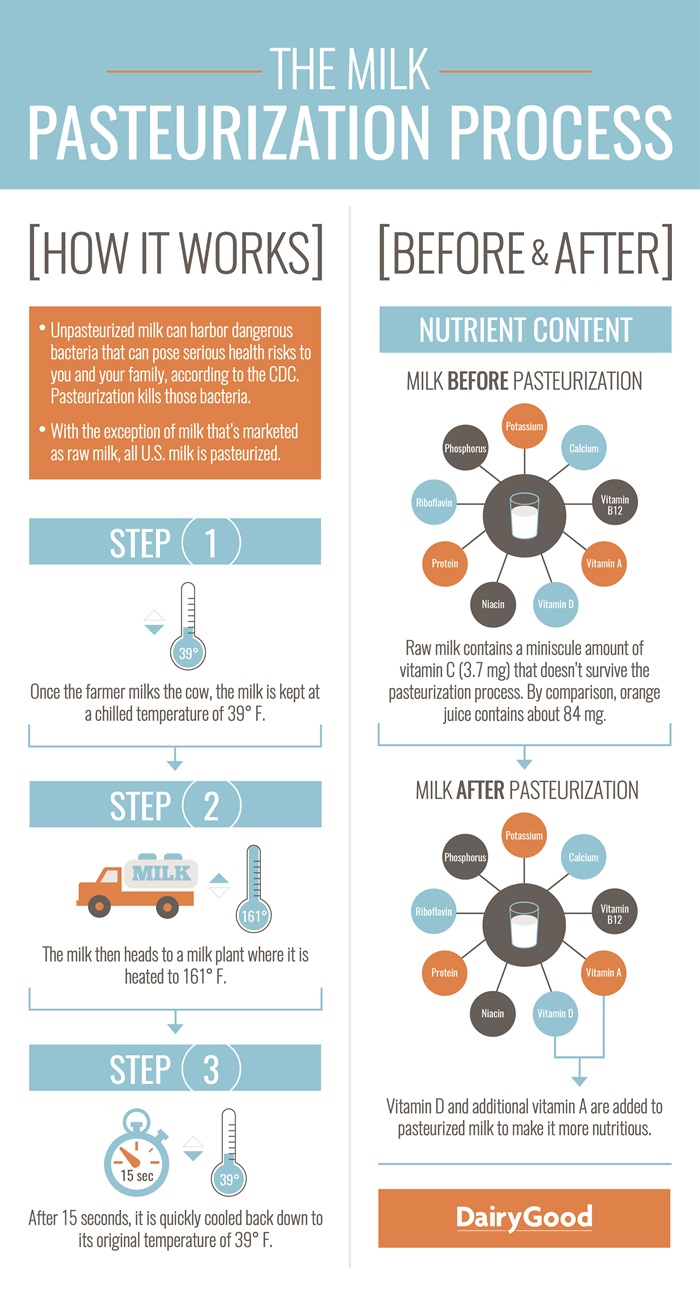 What Are the Dangers of Raw Milk?

When choosing milk and milk products, it is important to consider the differences between pasteurized and unpasteurized milk. While there aren’t any significant nutritional differences, unpasteurized, or raw milk, can pose serious health risks. The kinds of pathogens removed during pasteurization can make people ill, especially those with weakened immune systems, including children, pregnant women and older adults.

There are also a variety of misconceptions around raw milk. Some people believe it’s better for lactose intolerant individuals or easier on digestion, while others think it can help treat asthma or allergies or boost immune health. Some also believe it’s nutritionally superior or better at preventing osteoporosis. In reality, none one of these are true, pasteurization does not significantly impact nutrient content, and pasteurized milk comes with all the same benefits (and none of the risk) as raw, unpasteurized milk. 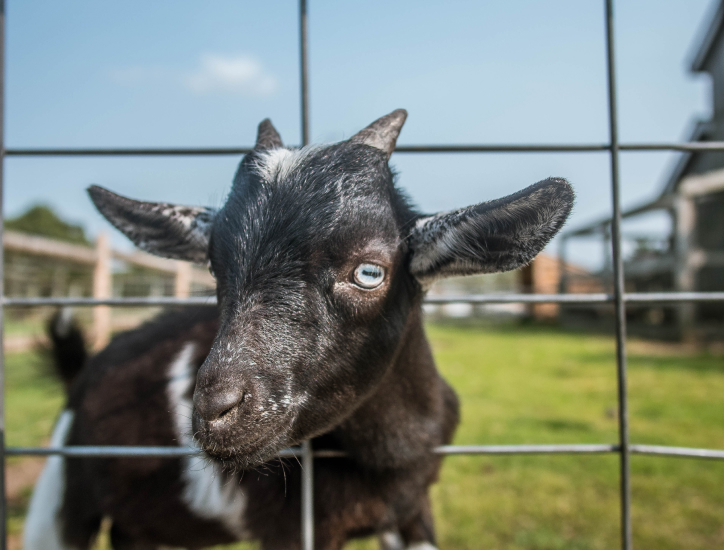 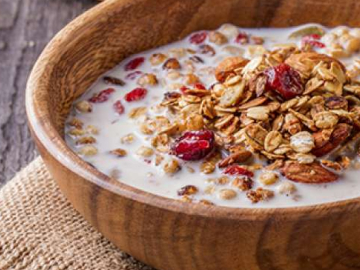